What Are The Solar Inverters In Brisbane That You Can Offer To Me?

As one of the Clean Energy Council’s Accredited Solar Installers and Retailers, Solar Panels Brisbane will guide you in your transition to a better source of energy with our solar inverters.

Without getting too technical, a solar power inverter is a large component within a solar panel system that converts the direct current produced by your solar panels into ready-to-use alternating current to power your home. Most inverters typically have a conversion efficiency between 93% – 96%. It’s essential to have the right inverter as it plays a large role in overall energy efficiency. Call us at 07 3153 4178 for more information on solar inverters in Brisbane.

The following are the best-quality solar inverters you can choose from here at Solar Panels Brisbane to power your energy requirements. Our Zeversolar Inverters are affordable, but this does not mean it’s less than the best! The Zeversolar Inverter is well known across the globe for the satisfaction it gives to customers like you due to its excellent quality, impressive warranty, all at a cheaper rate than most inverters. It also rarely fails and aims to provide energy for everybody to increase the accessibility of renewable energy, and that includes all of you in the Brisbane area. Know more about our Zeversolar Inverters from Solar Panels Brisbane here. For decades, whenever a solar system expert is asked what the best solar inverter is, only three letters come out from their mouth: SMA. Without a doubt, the SMA Inverters we offer are the pioneers in the solar industry, back when solar panels were just starting to become popular. Our SMA inverters are giants in the global solar system market. When it comes to reliability, we are one of the best options for you in Brisbane for your residential and commercial needs. Regardless of what type of solar modules you are utilizing, our SMA inverters have a high-efficiency rate resulting in lower electricity costs! Find out more information on SMA Inverters from Solar Panels Brisbane here. 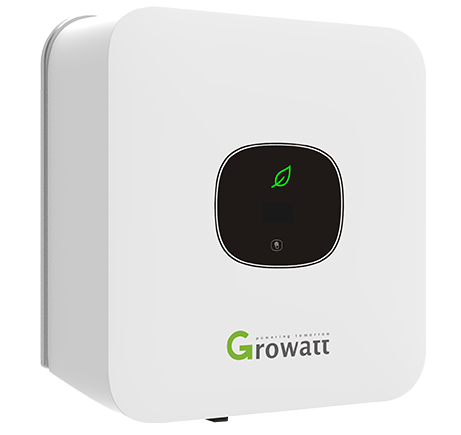 As the global leader of smart energy by utilizing the endless power of the sun, our Growatt Inverters are perfect for homeowners and business leaders in Brisbane! Our Growatt Inverters are among the top PV inverters in the whole world due to the fascinating quality brought about by extensive funding in research and development.

What Are Solar Inverters For And How Can It Benefit My Property And My Energy Needs In Brisbane?

An inverter’s job is simple: it turns your solar energy into usable electrical energy to power your needs. A solar inverter converts the direct current generated by your solar panel to alternating current so that the energy will be usable for your residential or commercial needs.

Are Solar Inverters In Brisbane Suitable For My Residential And Commercial Needs?

Definitely! Here at Solar Panels Brisbane, we provide Solar Inverters that are popular in the Brisbane market for your residential and commercial purposes.

For your residential needs in Brisbane, we have the best Solar Inverters for you. The added good news is that as a homeowner, your fees will lessen because your solar products will be subsidized by the government in the form of solar rebates. Click here for more information on residential solar products.

For your business and commercial needs in Brisbane, going solar will be one of your best decisions because it will pave the way for lower electricity costs and an increase in your profits. More people will also be attracted to your business when you install our solar panels because being carbon-conscious and eco-friendly is the new normal! We at Solar Panels Brisbane can offer you Solar Inverters in Brisbane, with installation repairs, and maintenance. Click here for more information on commercial solar products.

Can I Install The Solar Inverters In Brisbane By Myself? How Can I Ask For Help?

To find out more about what we can offer you, talk to us through our FREE consultation here or call us at 07 3153 4178 for a highly-guaranteed fast and easy process. We can’t wait to make your life even brighter with our Solar Products here at Solar Panels Brisbane!