HT-SAAE Review – Are HT Aerospace Solar Panels any GOOD or NOT? MUST Read

HT-SAAE Review – Are HT Aerospace Solar Panels any GOOD or NOT? MUST Read

Shanghai Aerospace Automobile Electromechanical Co. is a solar company that is said to be owned by an even bigger State-Sponsored Chinese company that has been around since 1998.

IF YOU ARE WANTING TO USE A SOLAR PANEL MANUFACTURED BY A SOLAR COMPANY THAT HAS DEEP POCKETS HT-SAAE ARE SURE TO BE IT!

Owned by the Chinese Government

Other sources mention that HT-SAAE is as old as 1960 and somewhere between 1998 and 2000, they moved into civilian solar, as opposed to military or space-grade solar.

If true, HT-SAAE can be likened to Telstra’s relationship to the Government. But then again, is Telstra state-owned anymore? Sort of…

Since HT-SAAE is said to be owned and influenced by the Chinese Goverment it has some obvious advantages that come with that kind of company structure.

The first advantage HT-SAAE has as a solar company is sufficiency – we expect HT-SAAE to be around for at least 25 years; HT-SAAE is already 21 years old. They have research “bases” in Mongolia, Jiangsu, and Shanghai.

Despite that, if this company disappeared would we expect the Chinese Government to do warranty claims? No, but…

A government backed solar panel is clearly a good panel.

To us, HT-SAAE are simply a Chinese government backed panel with a run-of-the-mill 10 year product warranty and 25 year performance warranty. We feel that they are a good value panel for those on a budget. We can install HT-SAAE solar panels on your roof with a Fronius for $5,000. Message us for a HT-SAAE Aerospace solar quote on your roof.

Most content in relation to HT-SAAE is in Chinese. This makes it difficult for even the most savvy buyer to determine if these panels are any good, without the use of Google Translate. What we have been told is that HT-SAAE is owned by CASC, which is pretty much the NASA of China. CASC, China Aerospace Science and Technology Corporation, is fully state-owned and has 174,000 employees in China. They are a very advanced technology company with interests in a range of hi-tech areas. They are the only makers of intercontinental nuclear missiles in China, as stated by them. They mention on their website that they also develop the opposite too – missile warning systems. Nevertheless, they involved in defence & missiles and bombs, so if you are ethically against that sort of thing then HT-SAAE isn’t for you. 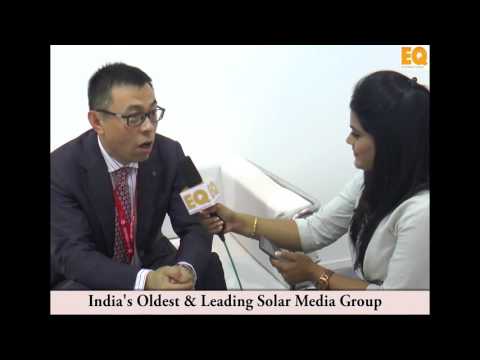 Since CASC or the Chinese military have never actually launched one of their nukes at anyone, we can assume they’re purely for tactical defence. Moreover, China has a “no-use policy” for nuclear weapons – they won’t shoot first. CASC very frequently updates their English news section with the leaps and bounds they are making. This company’s space subsidiary CNSA, is the national space program of China and was heavily featured on most Australian news outlets early this year because they landed a probe named Chang’e 4 on the moon. We discuss our findings on all of this below.

Our HT-SAAE Investigation – A Chinese Government Owned Solar Panel Or Not?

The HT-SAAE website domain ht-saae.com was registered in 2010. A far-cry from the company having being started in 1998, let alone 1960. The registrant information references he-saae.com, which is an unregistered domain. The registrant is Shang Hai Hang Tian Qi Che Ji Dian Gu Fen You Xian Gong Si which shows up as Shanghai Aerospace Automobile Electromechanical Co.,Ltd. (SAAE).

The map location for this company in Pudong is a vacant lot as of 2019.

The other office is listed at Astronautics Building, No.222, Caoxi Road, Shanghai, which is a hotel. The hotel is called Astronautics Hotel.

Where else would you put your office if you wanted to be from outer space?

The hotel where HT-SAAE offices are also operating from have some interesting reviews from 2011. One guest denotes, “the hotel feels relatively clean, may be a certain department of the aerospace system, can eat well, tastes Shanghai, eats OK, outside people can also stay.”

Another guest laments that, “the waiters seemed to be half-dead… not enthusiastic at all, and they also showed a feeling of inability to live.”

However the hotel stopped getting reviews in the same year, around 2011. Perhaps it has been fully converted into the aerospace system as the above guest mentioned? Well, 222 Caoxi Road became Ji Hotel after that.

As of December 2017, the owners of HT-SAAE are listed as the following:

Shanghai Aerospace Industry (Group) Co., Ltd. is in fact fathered by China Aerospace Science and Technology Corporation, the big one with 174,000 employees.

The second shareholder, Aerospace Investment Holdings Co., Ltd., is the investment arm of the above company. They call themselves “Aerospace Capital” and were founded by the Chinese Government in 2010. The fund was created with the idea to commercialise and capitalise on, “satellites, launch vehicle, aerospace electronics, new materials, new energy, and key equipment manufacturing by [a] market-oriented approach.”

The relationship seems valid, as confirmed by SpaceChina.com article (in Chinese). From this, it seems that yes HT-SAAE is owned by the Chinese Government. Space China reiterates, “Listed companies are an important platform for the industrialization of aerospace technology applications.”

I’m not Chinese and neither are most Australian homeowners, but HT-SAAE seems like a decent commercial product. However, it is not as old as it seems. It’s more of a rolled out panel by a division of “Chinese NASA” to make big money in this sector. They seem to be doing well, anyway, and we assume they have unlimited funds.