Everything You Need to Know About Fronius Inverters Fronius International is an Austrian company that specialises in inverters. You’ve probably come to our website for reviews and in further information about Fronius solar inverters, which is great, but Fronius is much more than that. To understand the product, we must first understand its maker.

Günter Fronius, the founder of the company was born in the Romanian city of Sibiu, also known in German as Hermannstadt with both names still being used for this city to this day. Mr Fronius attended Joseph-Haltrich-Lyzeum technical high school in Sighișoara, Romania followed by an electrical apprenticeship. Fascinated by technology, he then went to Wrocław University in Poland where he studied Engineering. At the time it was called Technische Hochschule Breslau and it was a German University.

Fronius was already aged 34 at the start of World War 2. Events in the war led him to Ukraine, Austria, then eventually back to Germany. By June 10 of 1945, he had started a new life in Austria and registered his company Fronius Elektrobau which was at the time working on electric radios and repairs. His niche eventually shifted to rechargeable batteries because the car batteries at the time did not charge themselves.

Sadly Günter passed in 2015 at the age of 107. With humble beginnings selling batteries, Fronius International is now a trusted name in many technological fields such as robotic welding and solar power.

Is Fronius Compatible with Other Battery Brands?

Yes! Fronius is compatible with both LG Chem and BYD Box. These two batteries are high-voltage batteries and have real-world applications unlike some AC batteries on the market.

If you want to connect DC batteries, you’ll need an external DC charge controller. This is the exact case with all inverters on the current market. And if you want backup power during a blackout you’ll need an EPS box for Emergency Power Supply.

Any PV string inverter with AC batteries will be eclipsed in power output by a hybrid inverter coupled with a proper high voltage DC supply battery like LG Chem RESU10H 10kWh battery that can put out 5kW and 400V.

Are you in Brisbane and looking for trusted suppliers of Fronius Inverters? Give us a call now on 07 3153 4178. 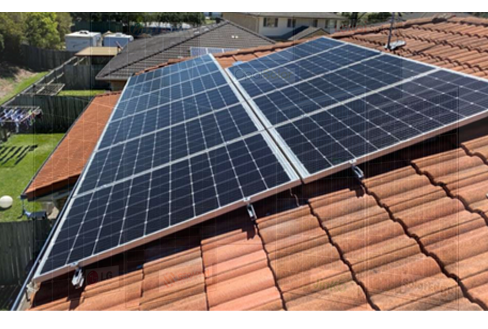